Just as everyone back at the University of Mississippi was headed back to classes for the new semester, I was finishing finals and getting ready for my two month spring break.  Now that the stress of eight classes worth of final projects and exams is over, I’ve had time to explore different areas a bit further from home.

One of the first places I visited was Yokohama, about an hour south of where I’m staying in Tokyo.  It’s known for the Red Brick Warehouse, Minato Mirai 21, two ramen museums, Japan’s largest Chinatown among other things.  A Strawberry Festival was being held at the Red Brick Warehouse during my visit.  Strawberries tend to be somewhat of a luxury item, even when in season in Japan, with some packs of strawberries (specifically white ones) costing up to 30 dollars.  The 30 dollars only buys about 12 strawberries!  As an example of how special they are, here’s the line for just ONE free strawberry from of Japan’s prefectures: 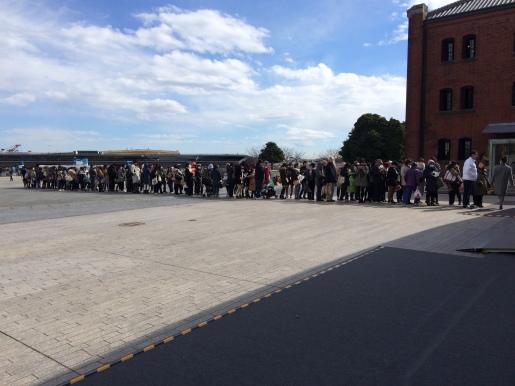 I also want to point out that it was not as nice weather as you might think from this picture.  It started sleeting about 20 minutes later and kept snowing the rest of the day.

I chose to wait in a shorter line for a strawberry tiramisu:

Although I will admit to waiting in an hour long line in the snow for a baked sweet potato a few weeks prior…worth it.

About 45 minutes from Shinjuku is Goutoku-ji, the temple where the waving cat figurines are believed to have originated.  Yeah, the same one you see all over Chinatowns.  The temple itself is actually pretty unique. Unlike most temples I’ve seen, this one is white. 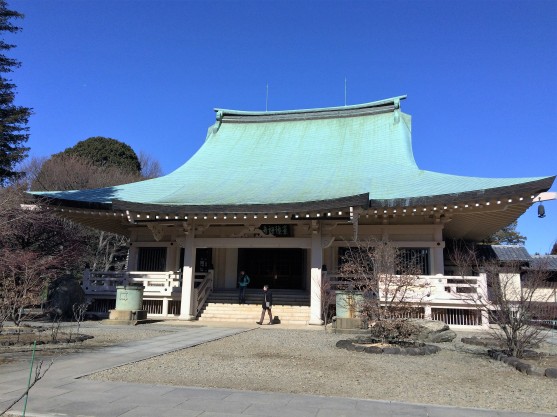 And now for the cats: 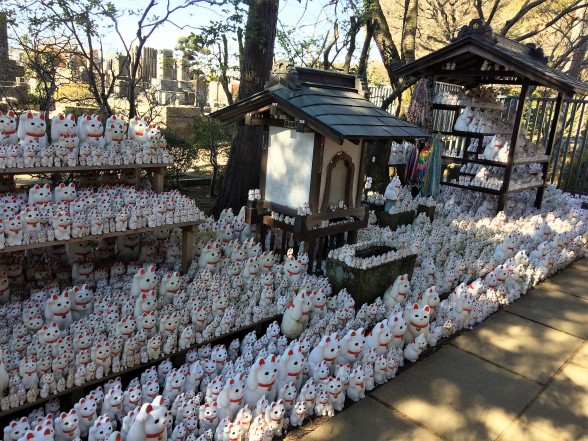 That was only half of them.  Both sides of this little walkway were also covered in the cat statues.  At temples in Japan there is a wall of prayers that visitors can attach prayers to.  At this temple, people’s pet cats were the subject of most of these prayers. 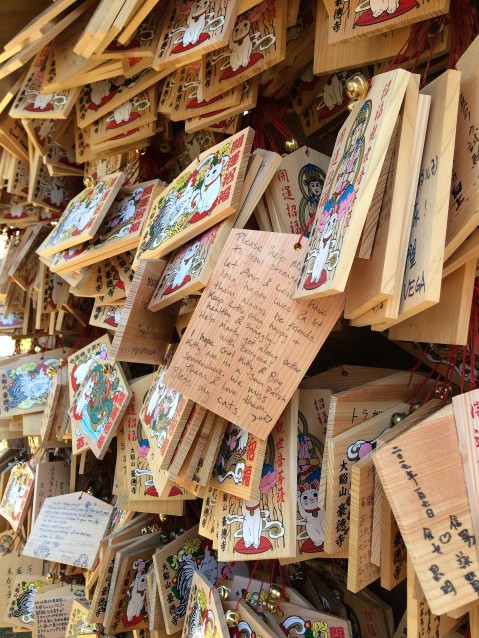 On another day I went to Roppongi for the day where I had made reservations at the Snoopy Museum and a Hedgehog cafe. 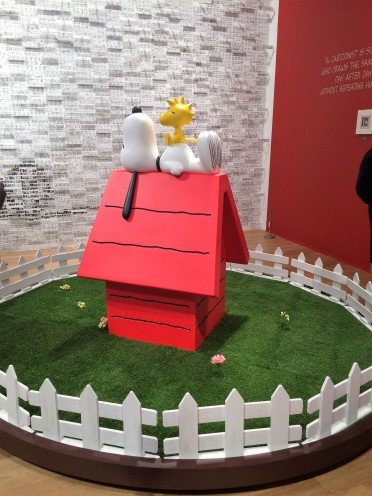 No pictures were allowed past the first room but this particular exhibit featured all the personas that Snoopy takes throughout the comic series.  All of the comic strips featured are translated into Japanese underneath the display and reading all of the translations for the onomatopoeia used in the strips definitely added to the humor.

Of course the best part of any museum in Japan is always the accompanying cafe.

The “Snoopy’s Happy Dance” milkshake. Also, note the Charlie Brown one in the background: 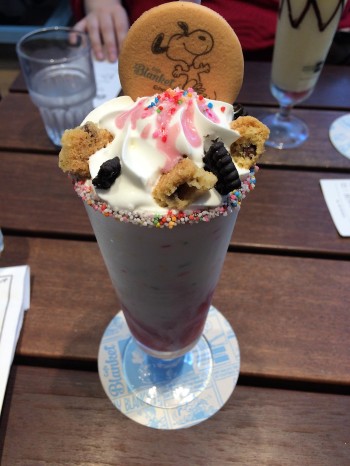 The real ~thrill~ of the day however, was holding and watching a baby hedgehog snooze away in my hand for an hour: 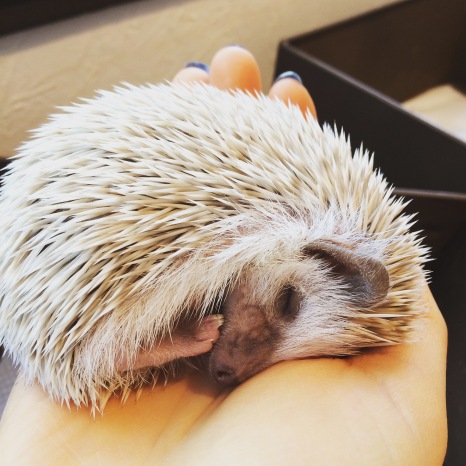 It’s almost sakura (cherry blosson) season here in Japan which I am patiently (read: impatiently) awaiting.  Starbucks already has released their sakura drinks of the season and I’m very excited to see what other limited edition sakura flavored items are released. I intend to go to as many parks as possible with my picnic blanket, some good wine and good friends.  Expect a very pink update when the trees finally bloom.