Officially my last week in Switzerland, my life is full of humdrum cleaning, writing, and reading. Bref…there is nothing at all exciting to report. So, rather than describe, in detail, my boring, Swiss life, for my final post, I have decided to provide a recap of the Swiss world…and the bubble I have been living in over the past several months.

Yes, Switzerland is a bubble. Other exchange students will agree that the moment you cross the border, you enter a dystopia. But rather than a novel, where the tension mounts to a cataclysmic eruption of plot, in Switzerland, nothing ever happens. There are no homeless people littering the streets, unemployment is incredibly low, the country never goes to war (even their armed forces are a joke), and the people smile serenely, content to live their wealthy, money-obsessed lives. The Swiss loathe confrontation, and rather than tell you what’s on their minds, they’ll sport a pained, platonic grimace.

Unlike in the U.S., in class, Swiss students are terrified to speak their mind. A professor will pose a question, and…silence. Bueller? Bueller? Nothing. In hopes of reaching out to their students, the professor will continue to pose questions throughout the semester, but never will there be a response.

The Swiss are also very laid back. In Zumba class, for example, when the instructor yells for a “whoop!”, who will be the only one to “whoop” back in response? Yep, you guessed it: me. They are also very timely: breakfast, lunch at noon, dinner around six or seven. Class starts and ends on time. Everything is on time!

And in Switzerland, you pay for everything: your student visa, the tax for your trash, parking, drinks, events, your diploma. No free lunch here. They kid you not when they say that the country is ridiculously expensive. It is ridiculously expensive! A beer is about 7 CHF, and if you want to go out to a restaurant, you can expect to plop down 80 CHF for two. Never did I think that I would go to France to economize on my shopping.

Also, Fribourg is eerily calm. Even when events are organized, the streets are relatively silent. The Swiss don’t party hard. The loudest things in this city are the ringing of the bells around cows’ necks. One night, I went to a reggaeton night at a nightclub, and I was the only one there. Where are the people, people? 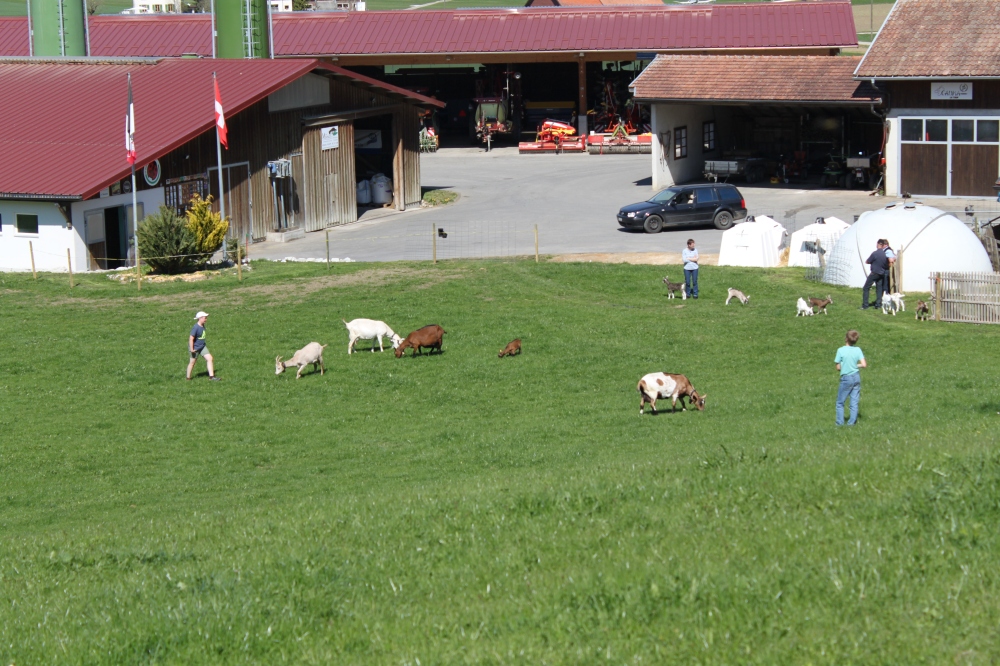 But despite their seemingly happy life, the Swiss aren’t as content as they would like to appear. Suicides are very common, and nearly everyone knows someone who has committed the act. People jump from bridges or in front of trains. Why? Because despite their enormous wealth, they are unhappy. They go to work with their colleagues, but they go home alone. Proof that money, despite its advantages, doesn’t and cannot buy happiness.

Now, by no means do I wish to bash on the Swiss. Despite the country’s drawbacks, they have some beautiful traditions, although I will never understand their obsession with cheese. I have greatly enjoyed my experience here, but would I live here long-term? I think I’ll avoid the Swiss bubble and go somewhere where there’s a beach.