The Protestant Church of Peace (Friedenskirche); which is also located in the Sanssouci Park, was built King Friedrick William IV between 1845 and 1848.

The Temple of Friendship (Freundschaftstempel) is a small, round temple in the western part of Sanssouci park was build by King Friedrick II between 1768 and 1770 in the memory of his favorite sister Markgravine Wilhelmine of Bayreuth.

The Roman Baths (die römischen Bäder): is also located in the northeast part of the Charlottenhof Palace in the Sanssouci Park, it was built by Emperor Frederick William IV between 1829 and 1840. It was built to reflect the classical roman and antique Italian styles. 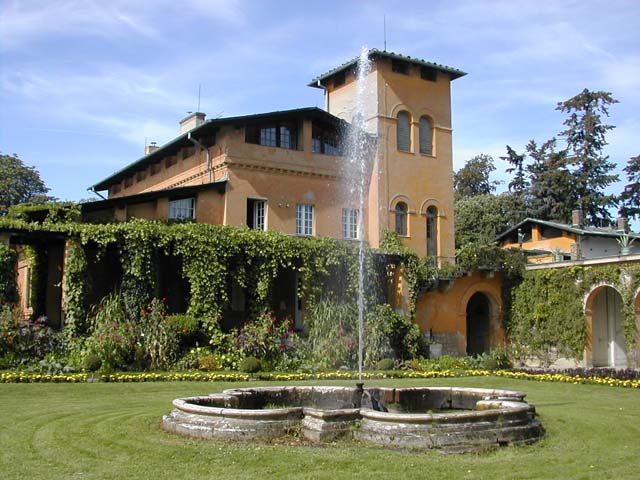 The Dragon House (Das Drachenhaus) built under King Frederick the Great between 1770 and 1772, is named after the 16 dragons on the corners of its concave roofs.

The Green Gate (Grünes Gitter) is the main gate into Sanssouci park and is located at the end of the avenue to Sanssouci palace. It was put up in 1854 and the iron gate bears the initials of Frederick William IV. 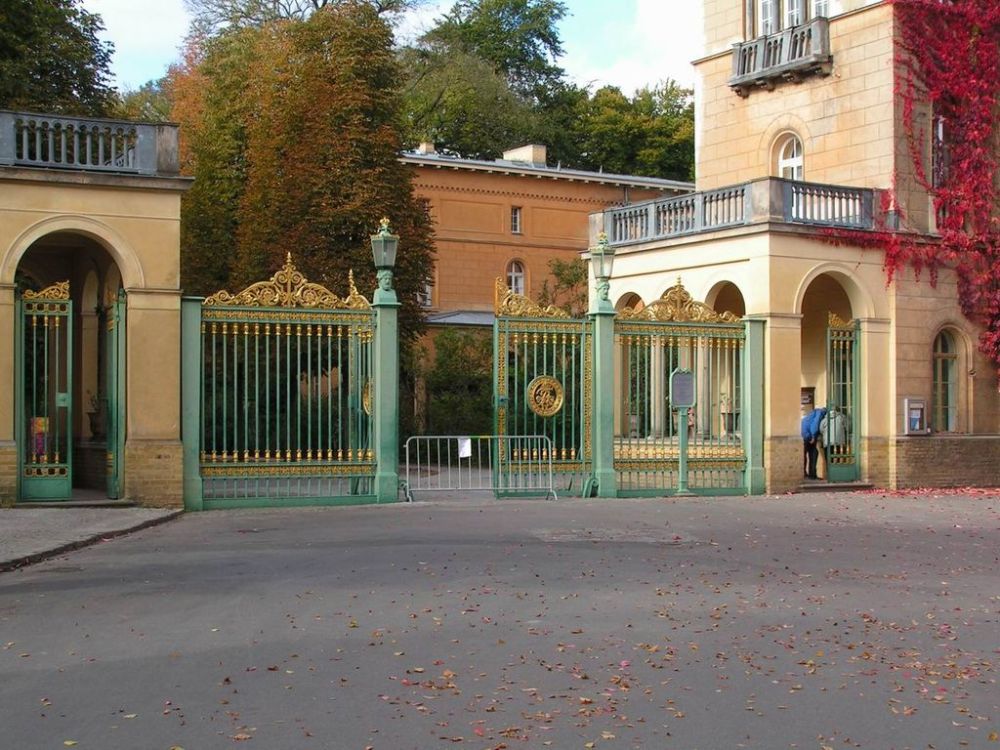 I really love riding my bicycle through this park. The air feels so fresh and relaxing.

In my next post, I will talk about  the Palace Sanssouci (from which the park got its name) and some other things worth seeing in Potsdam.